Home » recipes » The Easiest Pumpkin Spice Waffles – only a few ingredients and minutes to make!

The easiest pumpkin spice waffles. Pumpkin-flavored recipes embody the feeling of fall. Pumpkin Spice Waffles are light, fluffy and filled with pumpkin pie taste! Top them with whipped cream and even some Dulce de Leche topping for a delightful way to welcome Autumn! 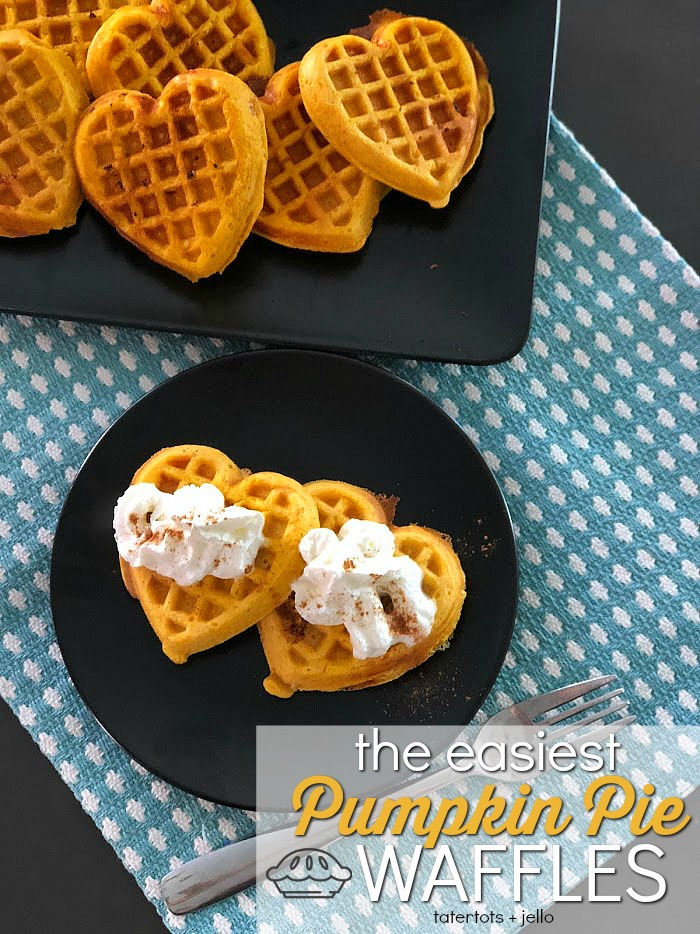 Pumpkin Pie is one of our favorite desserts – especially in the fall! My mom came to visit this past weekend and I thought it would be fun to create a special breakfast on the weekend while she was here. Pumpkin waffles seemed like the perfect thing! And since we had a lot to squeeze into the weekend and not much time, I wanted to make it quickly. I looked up some recipes and while they sounded lovely, there were So many ingredients and time involved. I ended up making a easy version Pumpkin Spice Waffles. 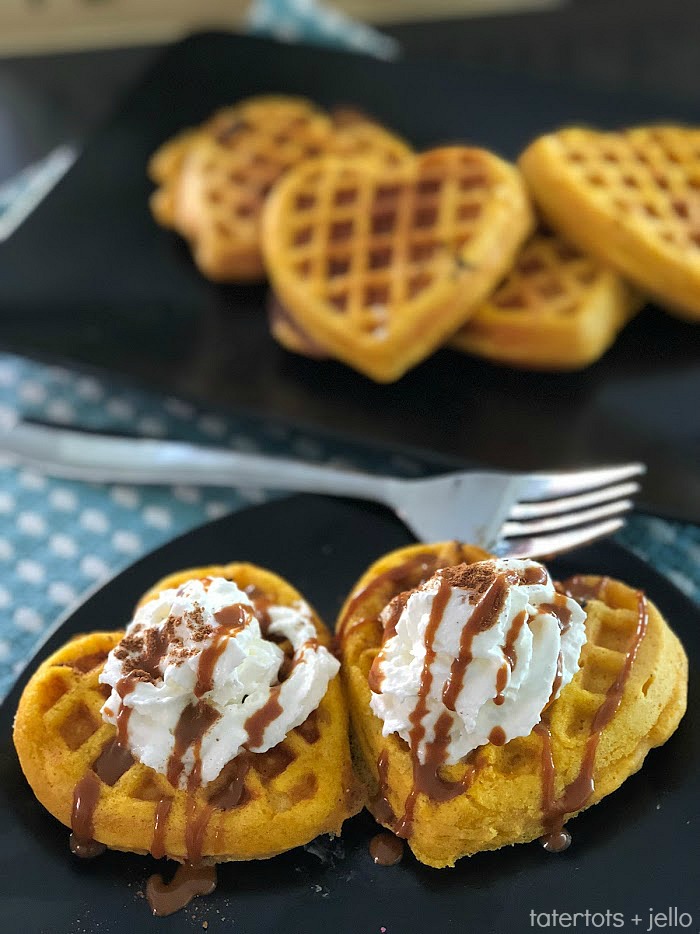 These Pumpkin Spice Waffles taste like a waffle version of pumpkin pie. They are So good. The kids raved about them. They liked them so much that I ended up making TWO batches! 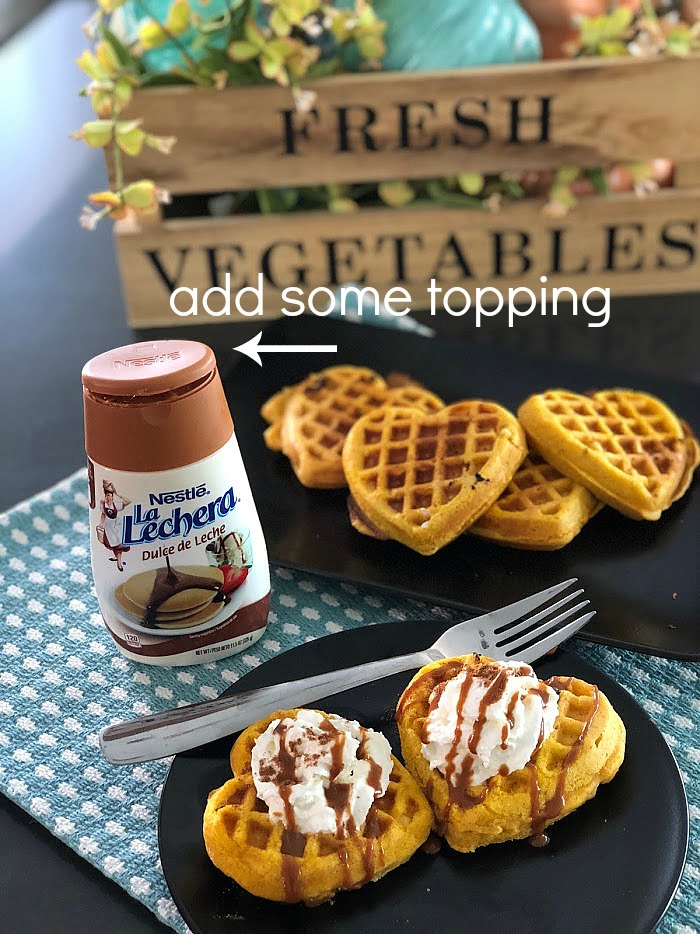 Use Waffle Mix to Save Time

I used pre-made waffle mix as the base of the recipe. This cut down on ingredients AND time. For one version I used Krusteaz-brand waffle mix. For the other version I used Bisquick mix. My daughter’s boyfriend has a severe nut allergy and he can’t eat the Krusteaz version. It was interesting to see the difference using different waffle mixes made in the recipe. I really didn’t think it would make a difference. But it did. The Krusteaz version turned out much more pumpkin tasting than the Bisquick version, but the Bisquick version turned out fluffier. Ultimately the  Krusteaz version won the taste test because of the superior pumpkin flavor! 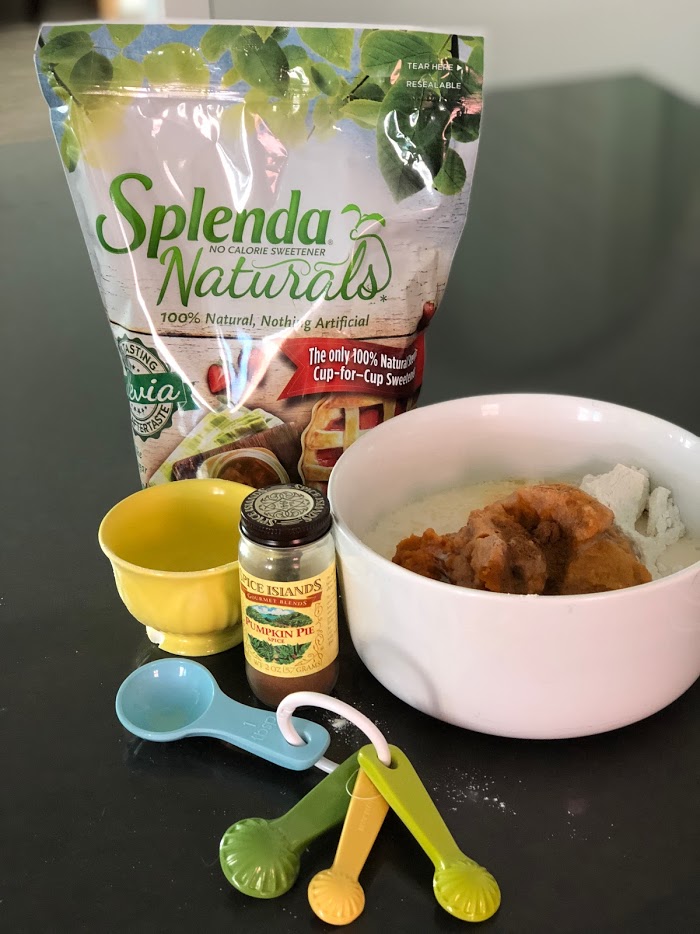 Substitute Splenda for Sugar if You Want to Save Calories

You can also substitute the sugar for Splenda Naturals as a way to create a lower calorie waffle. We tried this with another batch and it was just as good!

This is now our favorite waffle recipe. And if you’ve followed me for a while you know that we make A LOT of waffles. It’s probably our favorite weekend brunch dish, besides Dutch Babies. 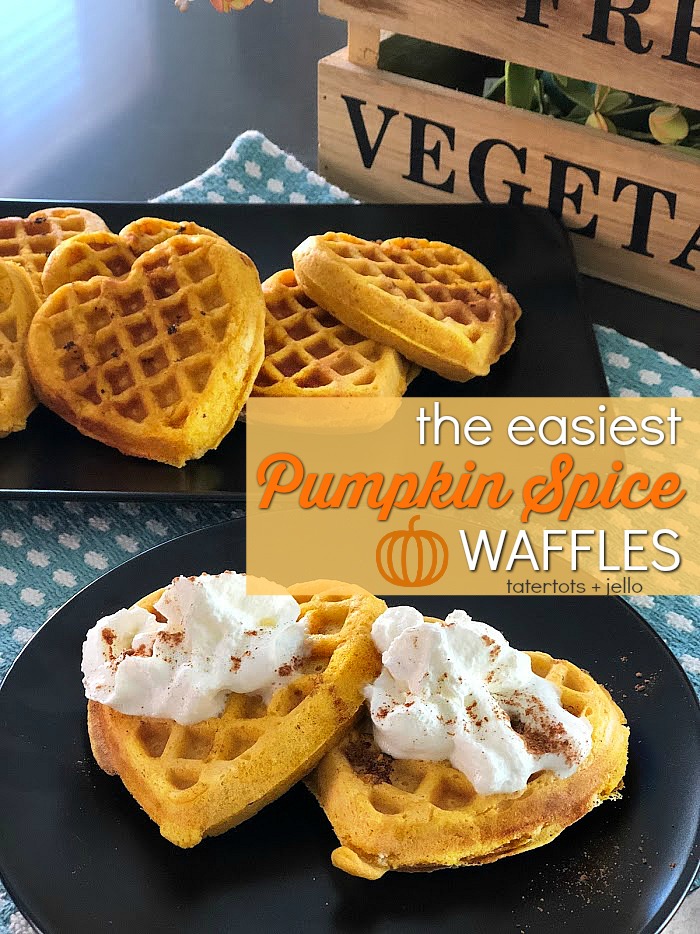 Top Them with Dulce de Leche Topping and Whip Cream

You can top these waffles with whatever topping you want – maple syrup, whipped cream, even dulce de leche. We warmed our dulce de leche up in the microwave so it was warm and delicious! YUM!! We sprinkled a little of the pumpkin pie spice on top of the whipped cream. The kids couldn’t get enough! We had a few left over after making two big batches, so I popped them in zip lock bags for breakfasts this week!

It’s seriously THE EASIEST waffle recipe and really good! It’s so fast that you can use it during the week. 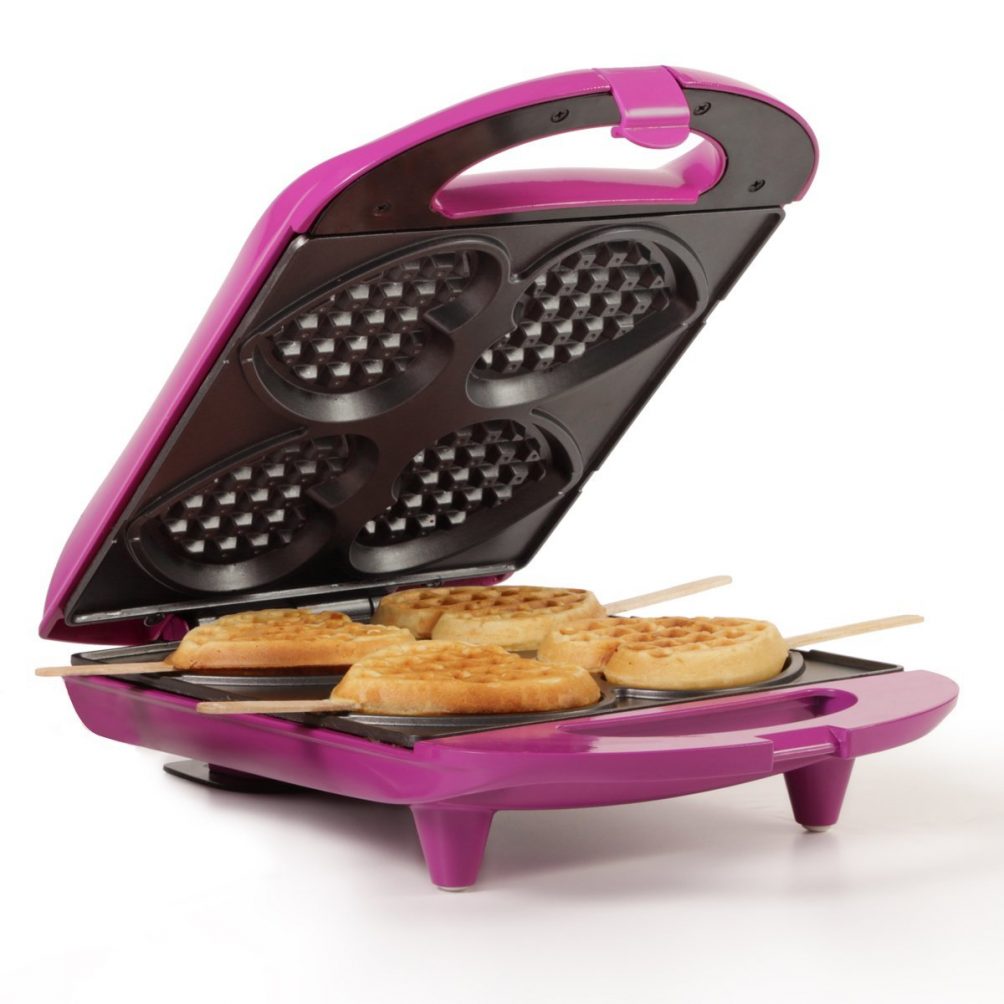 Also instead of a standard waffle iron, I love making mini waffles. This is the waffle iron I use.

If you are looking for more waffle recipes, here are a few more that we love: 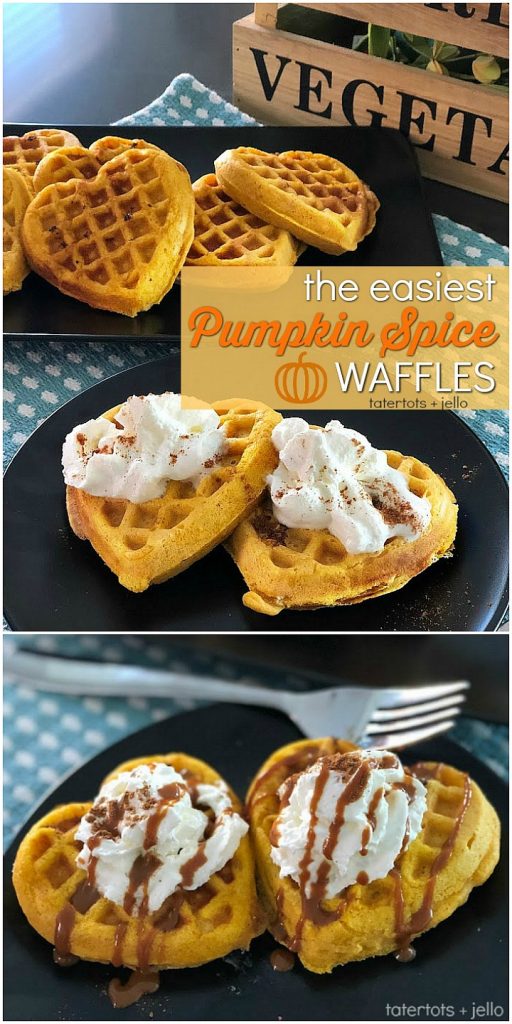 This recipe contains an affiliate link. Affiliate links cost nothing to you can allow us to create more delicious recipes to share for free! See my disclosures for more information. 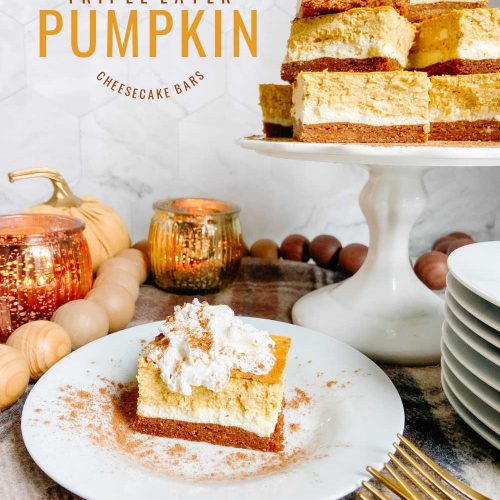 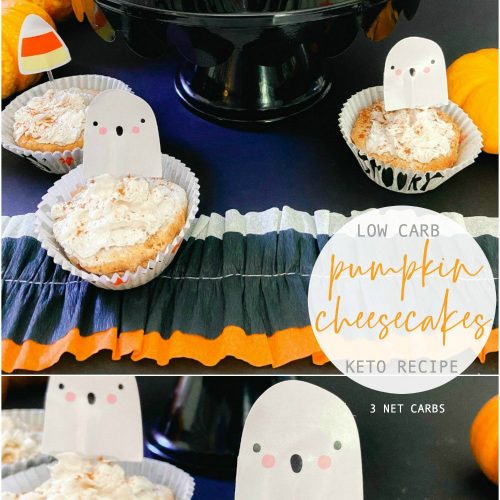 How to Make Mini Pumpkin Pies