There’s something so special about pumpkin treats in the fall. This week we were challenged to share a “healthy” Thanksgiving recipe. I experimented with a few different variations of these bars and came up with these triple layer pumpkin cheesecake bars. The top layers are dreamily creamy and the crust like a gingersnap cookie! Yum!

I’m joining friends who are also sharing healthy THanksgiving recipe ideas!! Scroll to the bottom and pop over and grab their recipes!!

By switching out the sugar for Swerve I cut out all of the sugar in this dessert. The best part is yo CAN’T tell they are sugar free! I served them to my kids and they had no idea they were sugar free. Swerve doesn’t have an aftertaste and after a few tries, I reduced the amount of swerve so that the pumpkin flavor and cinnamon really comes through. They are not overpoweringly sweet. Of course if you love a really sweet treat you can add more sweetener!

Taking out the wheat flour and sugar also makes these bars low carb which is perfect for many different lifestyles like diabetics and aso people following a Paleo diet.

I am currently take a break from Keto and following a mostly low-carb diet through the holidays. I plan to go back on Keto in the new year. But in the meantime I can eat these and also have them when I go back to Keto! I plan on having some stuffing and potatoes on Thanksgiving so I thought cutting some carbs in the dessert would offset the other carbs. Haha!

What Type of Almond Flour to Use

I used Trader Joe’s brand almond flour for this recipe. You can also use blanched almond flour if you want a crust that is a lighter brown flour. I added ginger and cinnamon to the crust to give it a gingersnap flavor and that adds a darker color to the crust. I love the addition of those spices and the way they contrast with the pumpkin.

What Kind of Sweetener to Use

I used swerve powdered sweetener. I like the way it responds in baking. But you can also use powdered monkfruit or Erythritol. I found that it’s easiest to find Swerve. Almost any grocery store carries it in the baking section!

How to Determine Net Carbs

If you aren’t familiar with keto or low-carb recipes, there is an equation to determine NET carbs. You take the total carbs, subtract fiber and sugar alcohols and that gives you the NET carbs. This recipe is divided into 24 servings and each bar has THREE net carbs.

There are three steps to making these creamy pumpkin cheesecake bars.

Combine the almond flour, melted salted butter, sweetener (Swerve), cinnamon and ginger. Press the mixture into a 13×8 pan that has been lined with parchment paper. Press flat with a spatula or flat baking cup. Let it cook at 350-degrees for 15 minutes. After 15 minutes take the crust out and let it cool off while you make the cheesecake filling.

Combine 4 blocks of cream cheese and sweetener (Swerve). Beat with a ixer until combined Then add eggs and beat on low until smooth. Transfer half to the baking sheet and spread evenly.

Now add pumpkin puree, pumpkin pie spice and beat on low until combined. Gently spread pumpkin layer over the plain cheesecake layer until it is spread across the whole pan.

Bake at 350-degrees until cheesecake is baked. This timing will depend on your oven and altitude. I checked mine after 45 minutes and it was done.

For the cheesecake to be cut into squares it needs to be very cool. I recommend letting it set in the refrigerator overnight. Then cut it into 24 pieces and add whipped cream and sprinkle with cinnamon or pumpkin pie spice!

Roasted Butternut Squash with Goat Cheese // Grace In My Space

No need to stress, Thanksgiving is easy with these 14 fast and simple ideas!

So many ways to set a beautiful Thanksgiving table!

Which Thanksgiving Recipe do you want to try first? 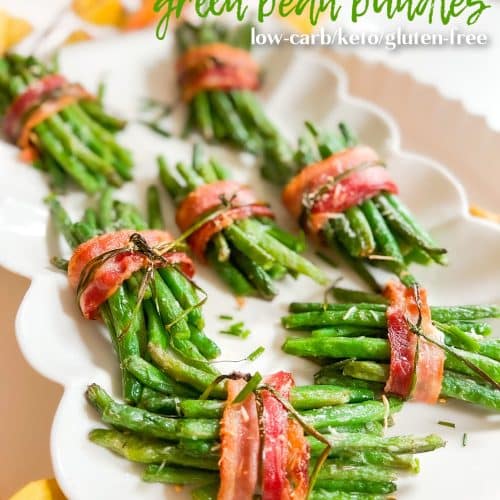 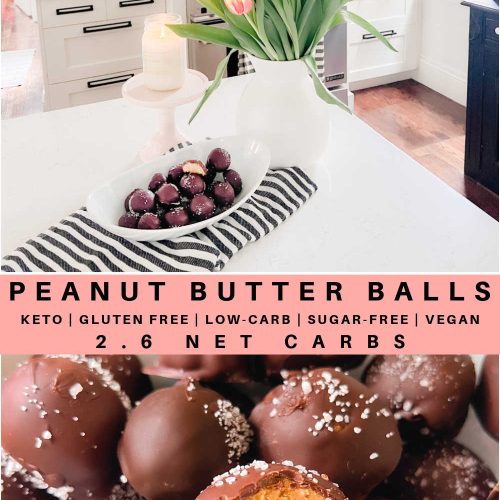 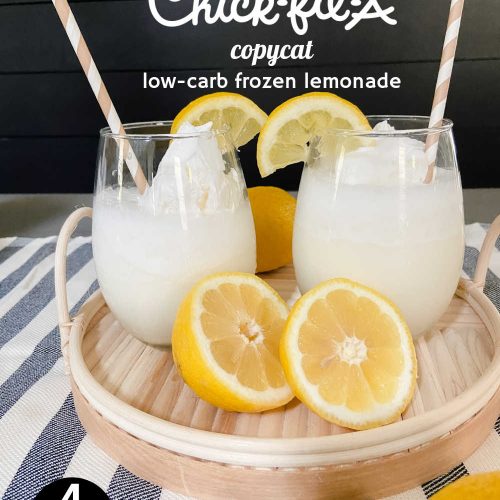