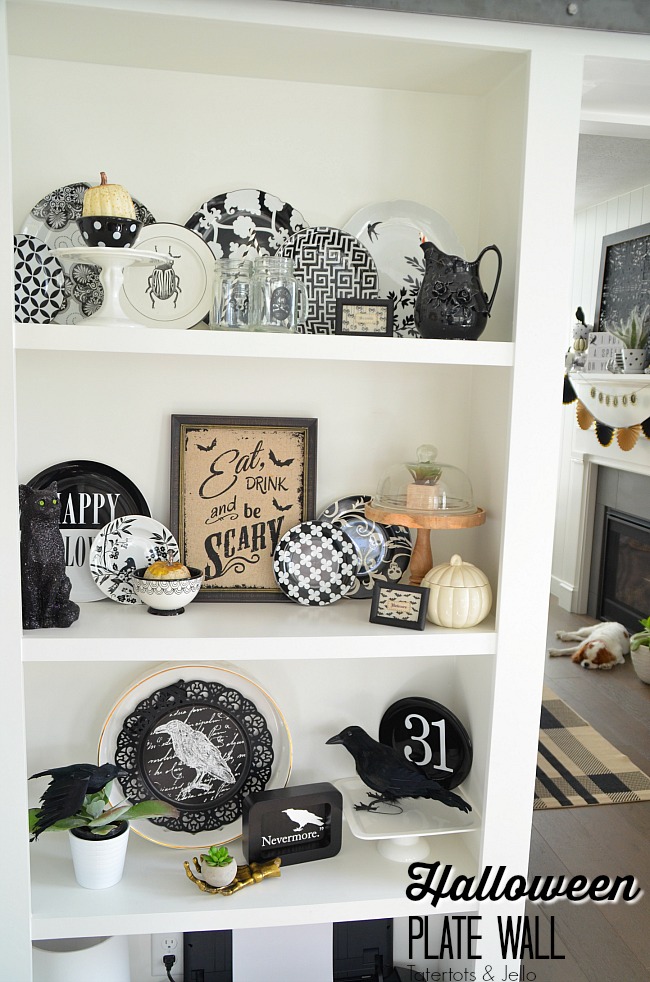 I love Halloween. For some reason when I think of Halloween I think of the poem The Raven, by Edgar Allen Poe. And this month for Michaels’ Boo Challenge, I wanted to make something in reference to this iconic Halloween poem.

Whether you’re into spooky sights,
playful pumpkins or giggling ghouls,
Michaels is your Boo-It-Yourself
Halloween Headquarters‘and has
tons of ideas for DIY costumes and
décor. 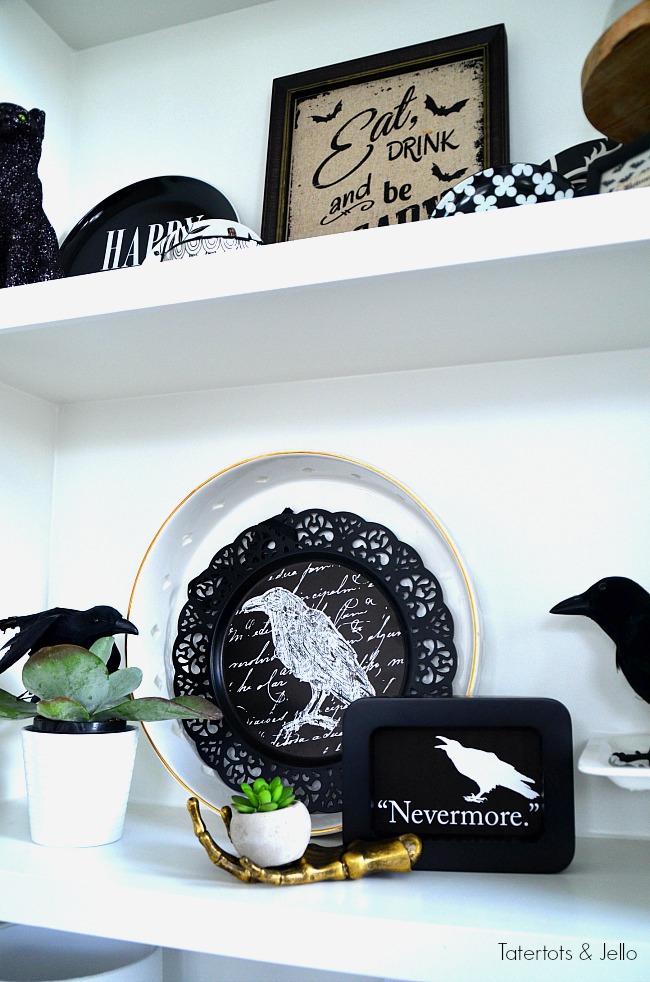 As I was looking around Michaels for ideas, I found a Raven plate, ravens, and a Raven laser-cut felt piece that I wanted to base my project around.

For the past few years I have created a Halloween plate wall. Every year I add a couple of plates to the wall. Here is my Halloween Plate wall from last year: 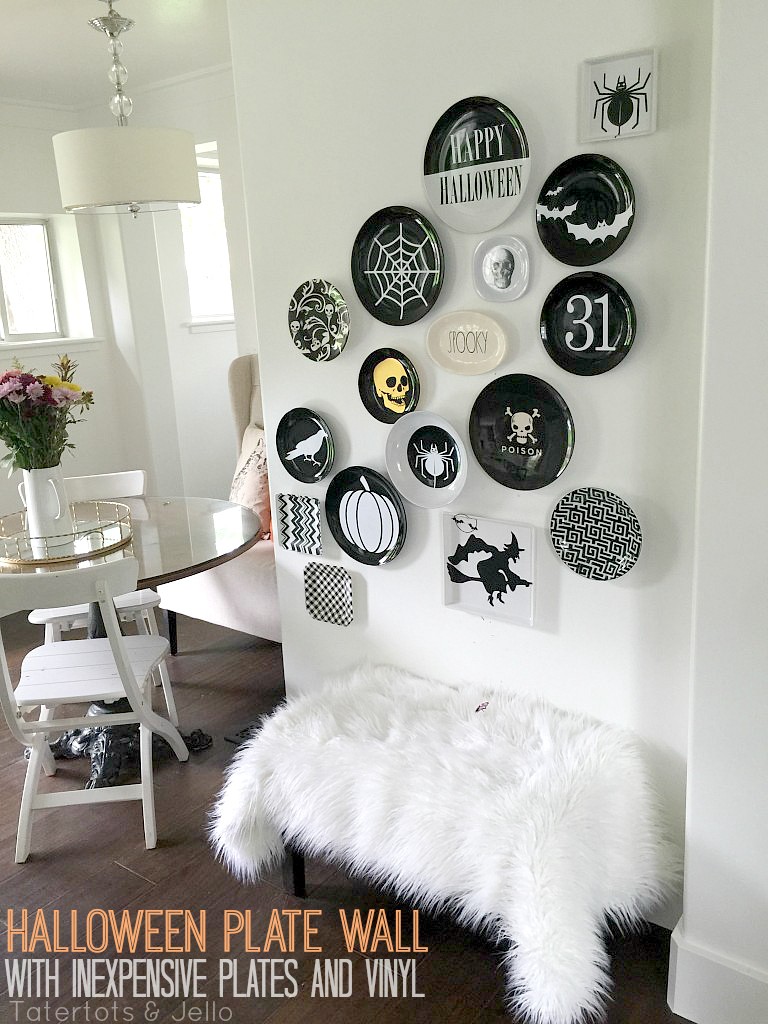 And my Halloween Plate Wall from 2012: 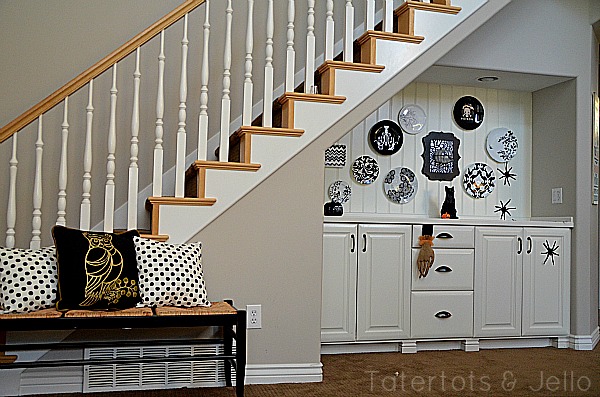 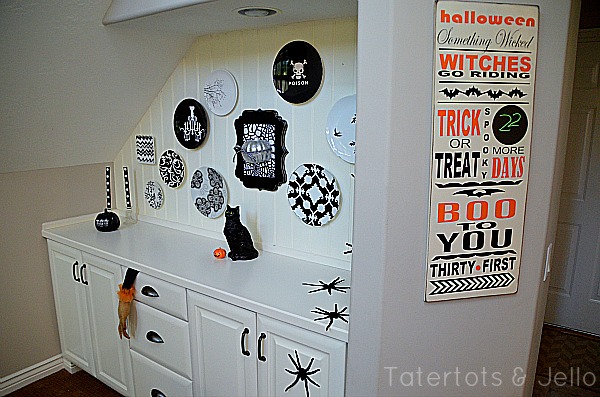 This new raven plate was my addition to my plate collection this year. We have some built-in shelves in our formal dining room at our new home. So this year instead of hanging the plates on the wall, I used the shelves to create a plate display and I love the way it turned out! 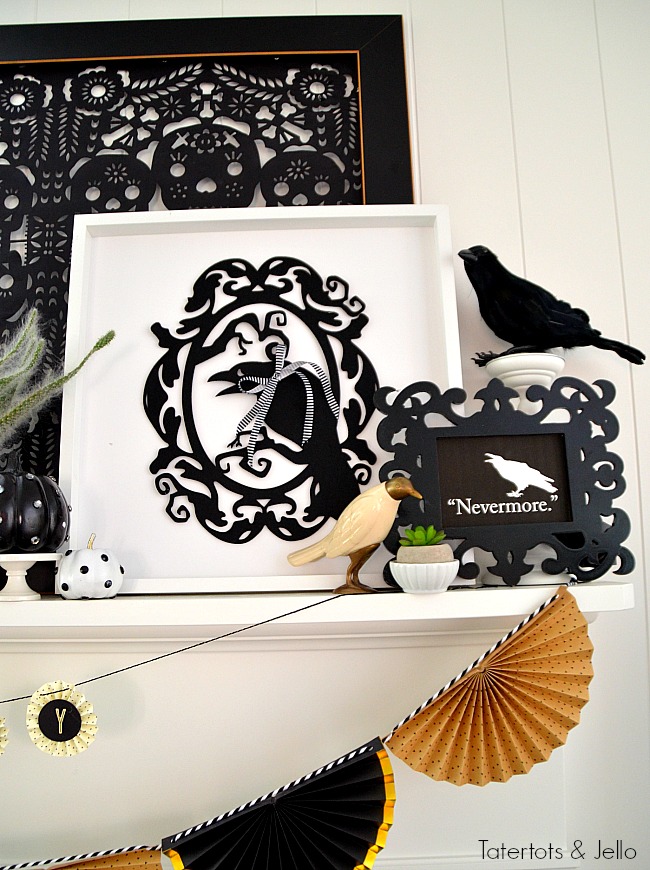 You can make this Raven framed picture so easily! It’s a laser-cut felt hanging that is less than $4. I found a frame that I already had and then I cut a piece of foam core the size of the inside of the frame. Then I hot glued the felt piece onto the foam core and placed it inside of the frame. I then printed off the Raven printable and framed that to go along with the larger picture.

From Wikipedia – The Raven” is a narrative poem by American writer Edgar Allan Poe. First published in January 1845, the poem is often noted for its musicality, stylized language, and supernatural atmosphere. It tells of a talking raven’s mysterious visit to a distraught lover, tracing the man’s slow fall into madness. The lover, often identified as being a student, is lamenting the loss of his love, Lenore. Sitting on a bust of Pallas, the raven seems to further instigate his distress with its constant repetition of the word “Nevermore”. The poem makes use of a number of folk, mythological, religious, and classical references.

Poe claimed to have written the poem very logically and methodically, intending to create a poem that would appeal to both critical and popular tastes, as he explained in his 1846 follow-up essay, “The Philosophy of Composition”. The poem was inspired in part by a talking raven in the novel Barnaby Rudge: A Tale of the Riots of ‘Eighty by Charles Dickens.Poe borrows the complex rhythm and meter of Elizabeth Barrett’s poem “Lady Geraldine’s Courtship”, and makes use of internal rhyme as well as alliteration throughout.

“The Raven” was first attributed to Poe in print in the New York Evening Mirror on January 29, 1845. Its publication made Poe widely popular in his lifetime, although it did not bring him much financial success. The poem was soon reprinted, parodied, and illustrated. Critical opinion is divided as to the poem’s literary status, but it nevertheless remains one of the most famous poems ever written. 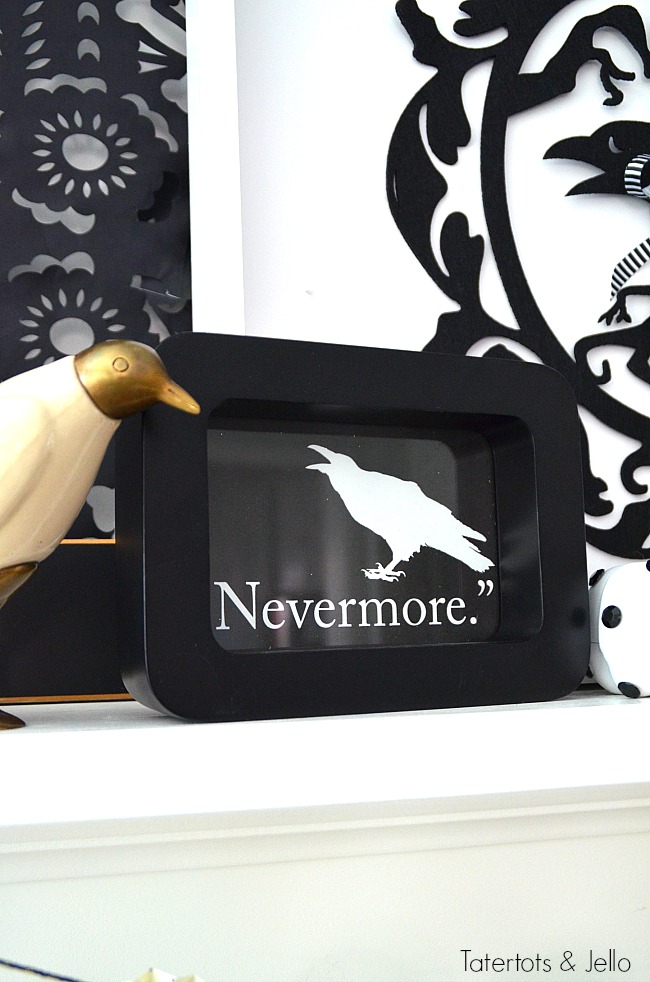 To print out this free Poe-Inspired Nevermore Halloween Printable, just right click on the link!

Be sure to check out all of the
other Michaels Makers Boo-It-
Yourself Halloween ideas on the
Michaels blog! 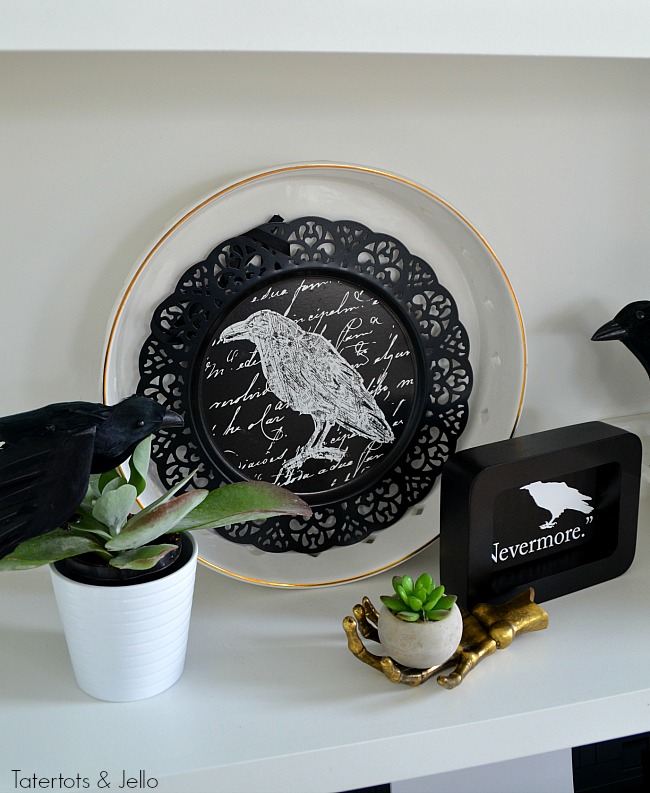 How are YOU decorating for Halloween?

Have a Beautiful Day!

Thank you Michaels for sponsoring and inspiring this post! 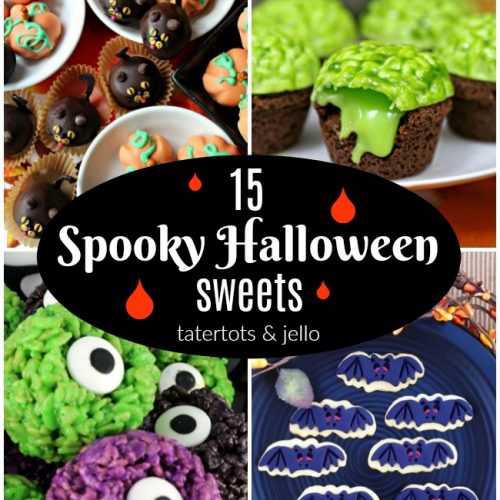 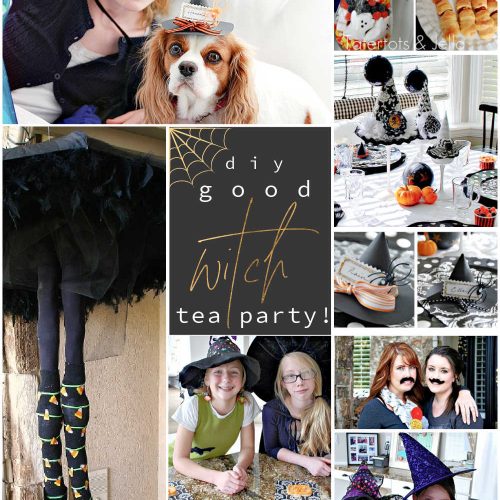 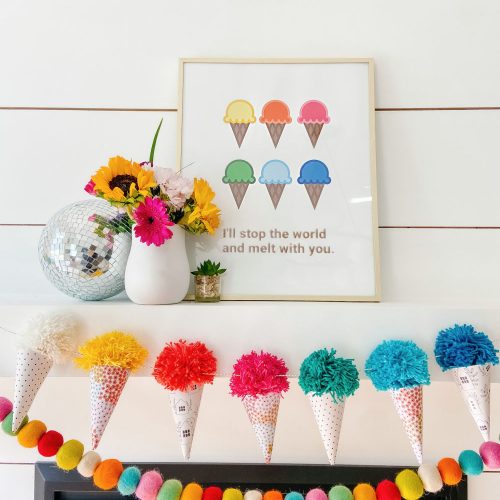