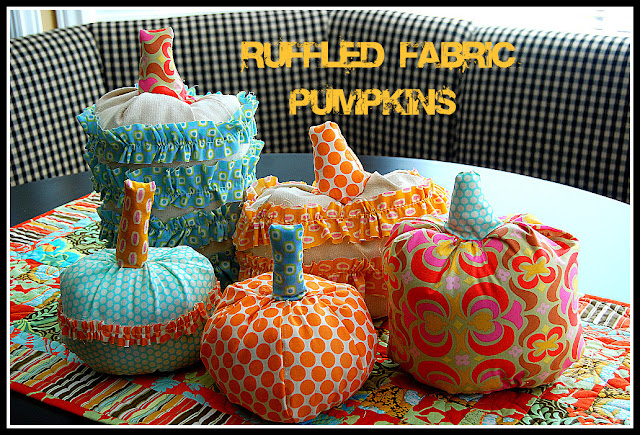 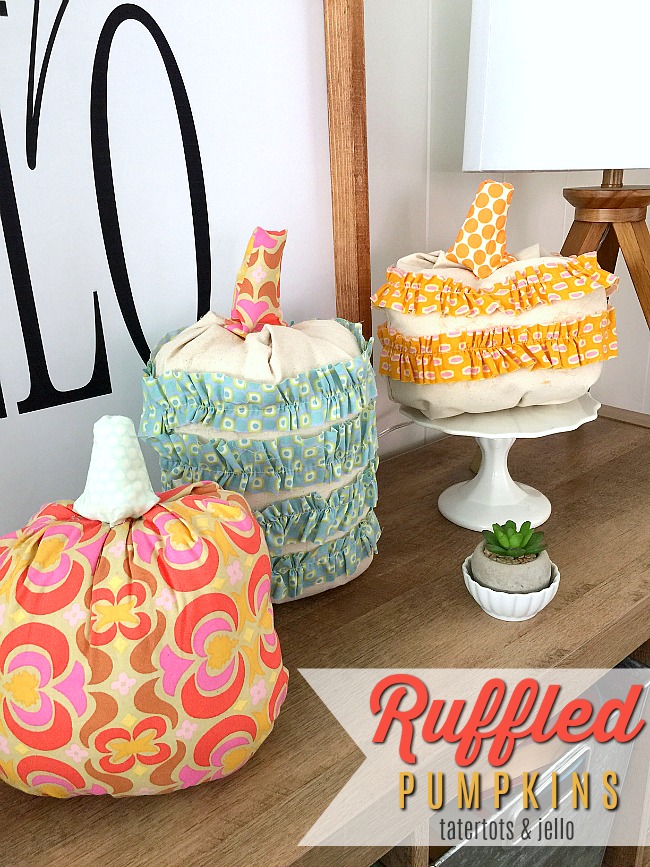 Who says pumpkins have to be orange? I have loved seeing the fabric pumpkins floating around blogland right now. I wanted to make some fabric pumpkins and add some ruffles. Everything looks better with ruffles, right? LOL. 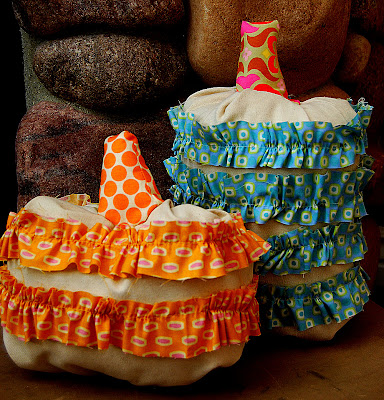 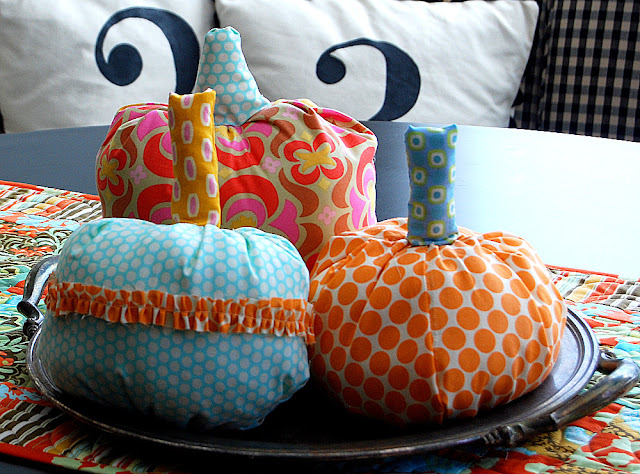 Here’s what I came up with.

I love how bright and happy they are!!
Here’s what you need: 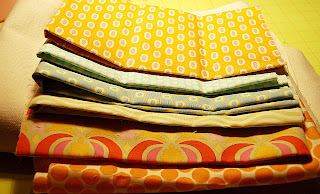 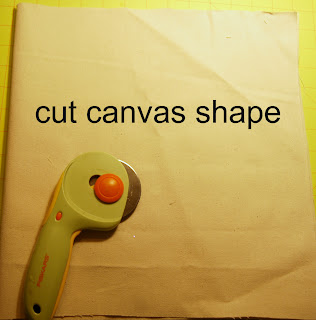 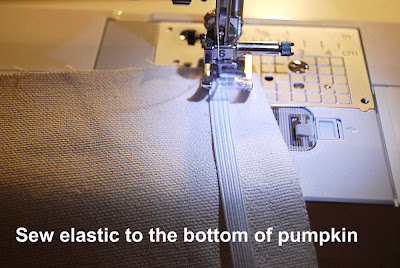 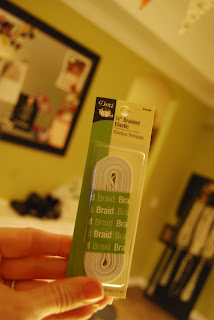 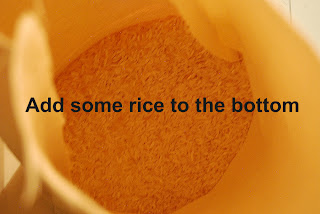 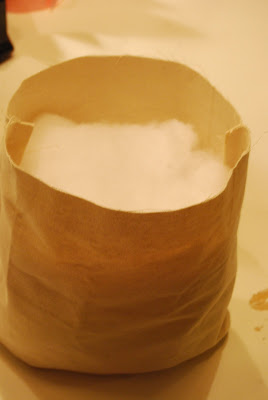 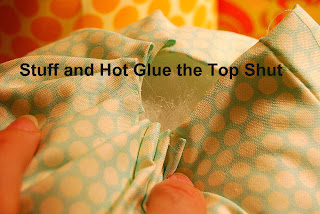 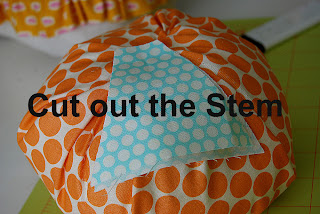 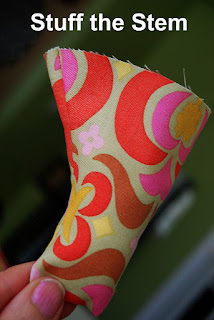 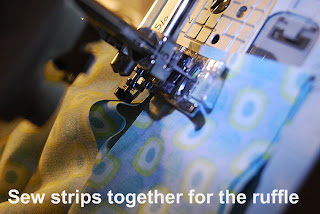 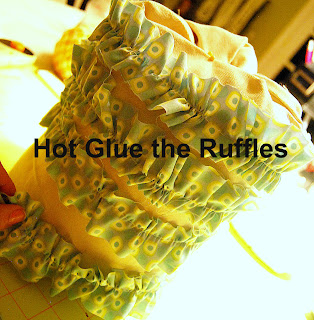 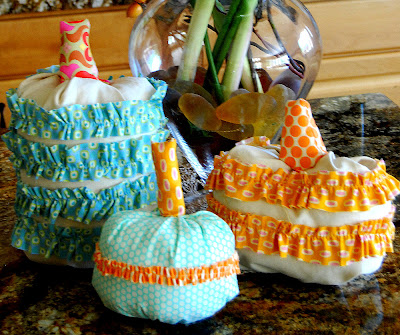 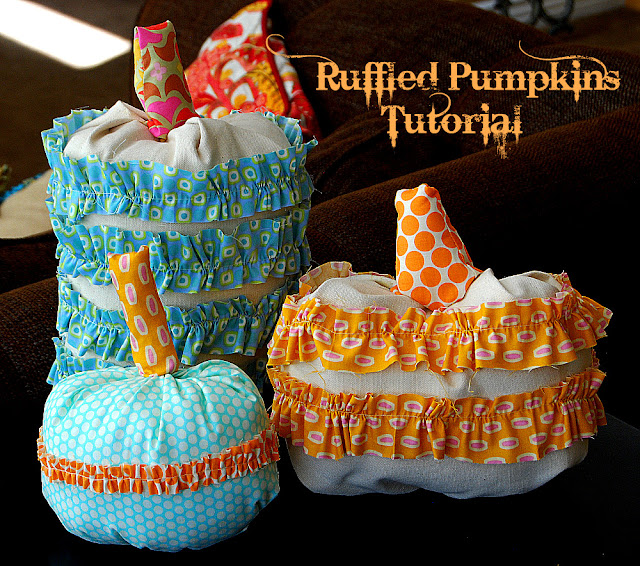 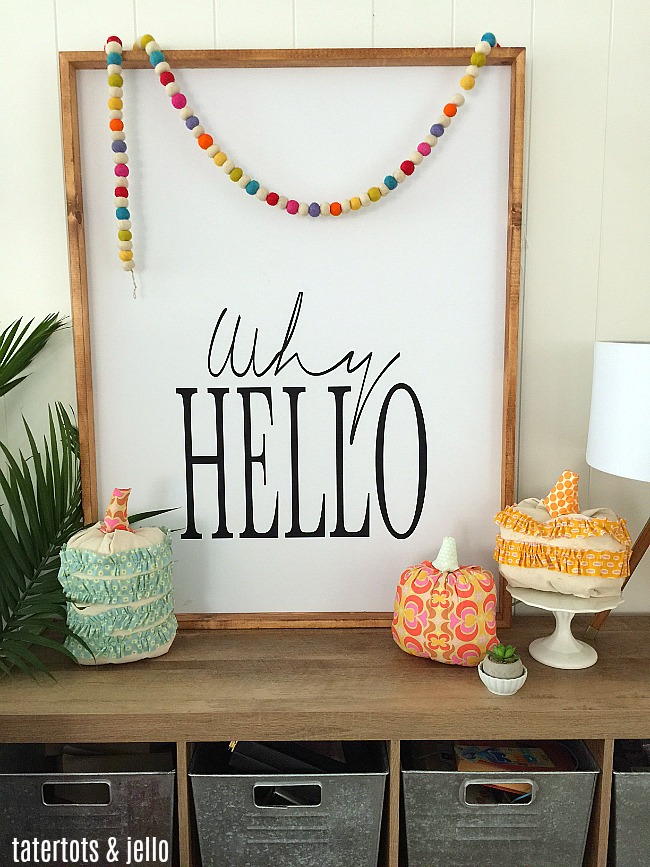 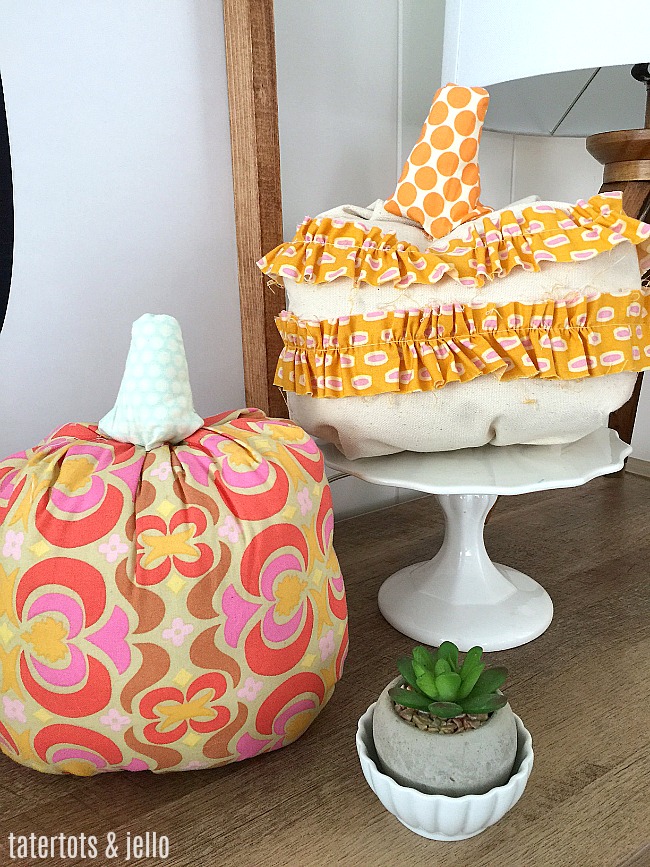 Have a Fabulous
Fall Day!!!
XOXO

Something fun is coming up next week!
Mark Your Calendars! 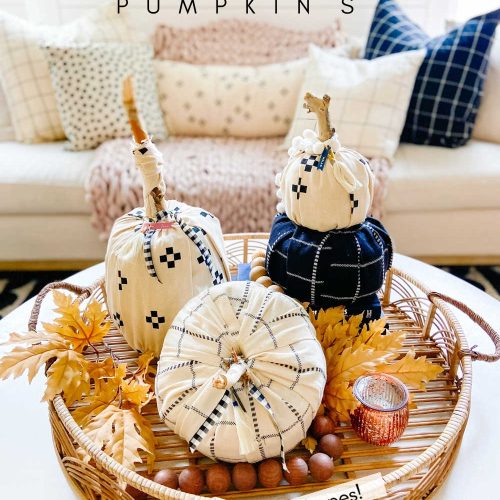 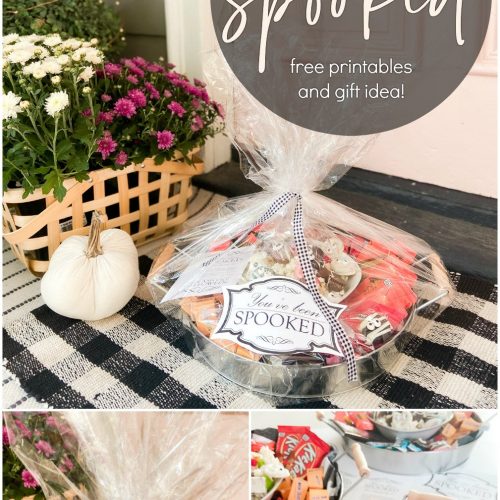