Home » decorating » Is Subway Tile Too Trendy to Put In a New Home or Remodel?

When Did Subway Tile Become Popular?

Around the turn of the centery in the 2000’s the farmhouse trend became popular. Suddenly subway tile was back on the home decor radar. The popularity of Joanna Gaines and Fixer Upper helped subway tile trend in a huge way. Now mid-centry homes and new homes began using subway tile in kitchens, bathrooms and other spaces.

This mediterranean-inspired kitchen is so pretty – Design Sponge

Although subway tile seems synonymous with farmhouse trends, it is actually a classic that has been in use for more than 100 years. The shape of subway tile is clean and very easy to incorporate into different styles.

Use Subway Tile for Other Styles of Home Decor

Farmhouse decor uses subway tile, but subway tile can be used in many different decorating styles. The modern shape of subway tile looks clean and modern with mid-century styles as well as modern and cottage styles.

Subway Tile Can Be Laid in Different Patterns

The herringbone pattern is enhanced with dark grout – The Effortless Chic

I love the colors and texture of this subway tile. The chevon pattern gives it more visual interest – Claybrook

The classic style of subway tile is a brick pattern design, but there are other ways to lay subway to give it an updated look. Stacking subway tile in rows instead of a brick design gives the tile a modern look. Patterns such as herringbone, laying tile vertically instead of horizontally and laying subway tile in square grids gives this basic tile a surprising look.

The classic white, shiny subway material is also available in different shapes. At our 1901 cottage I used hexagonal shaped subway tile in the kitchen to echo the feeling of the traditional rectangular subway tile.

Another way to put a fresh spin on the classic look of subway tile is by using a darker grey or black grout instead of the traditional white grout. This is a great idea especially if you are using a different pattern such as herringbone or a square pattern.

Subway tile is an inexpensive tile compared to some other tile options. Installing subway tile is a great way to make a statement on a budget.

This is one of my very favorite bathrooms — Sara Parsons

Subway tile also comes in different materials and colors. Some materials you can find it made out of are natural stone, glass and metal.

Use Subway Tile in Unexpected Ways

A trend that I love right now is using subway tile in unexpected ways. At our Daybreak home we used a bigger size of subway tile. We also tiled our kitchen all the way to the ceiling. Other ideas are unexpected are subway tiling alcoves, range hoods and cupboards.

Updating a Turn of the Century Home with Subway Tile

Our new (old) home was built in 1891. We are in the process of updating the home with kitchen and bathroom updates. I plan to put subway tile in all of our rooms. I think it makes sense to use subway tile because it’s a classic look that fits in with the time period of our home. Who knows – the original rooms in our home could have had subway tile at some point.

Subway Tile in a New Home

So if you are wondering if subway tile is too trendy to put in a new home, I would say go for it! In my opinion subway tile is a classic and as long as you love it; I think it’s a great look for almost any style home. Don’t be afraid to put something in your home, even if it is a “trend”.

Let us know in the comments!

And I would love to have you follow along with our #1891AvenueCottage remodel. Follow me at @tatertotsandjello on Instagram and tag me with YOUR projects and ideas!!

Have a Beautiful Day! 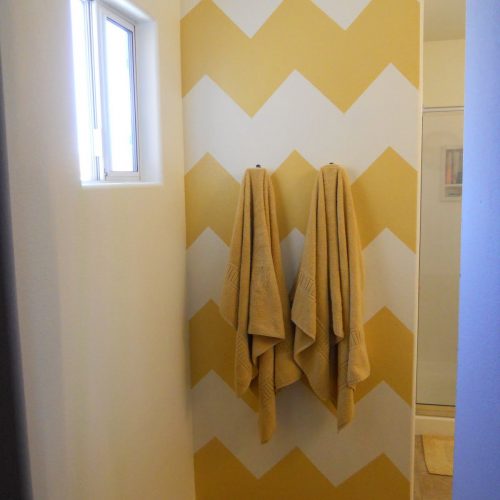 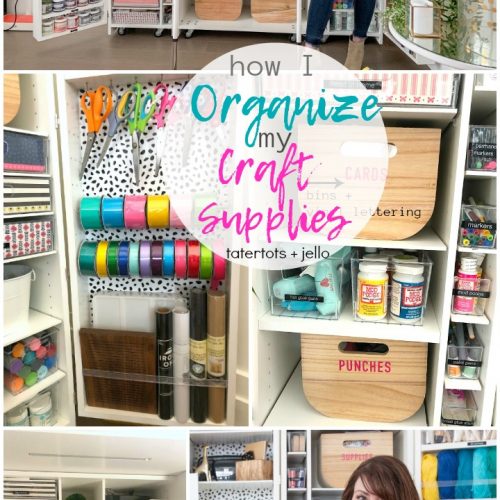 How I Store and Organize ALL of My Craft Supplies!