I have had a love affair with my slow cooker for decades so when I heard that pressure cookers were making a come back I knew I needed to check them out. My mom had a pressure cooker in the 70’s and I remember being terrified of her big hulking pot, especially when it exploded soup all over the ceiling one winter evening. I’m pleased to report that the new pressure cookers are far friendlier. I started experimenting with my new pressure cooker this fall and I have to say that I love it! It saves me so much time over our slow cooker. 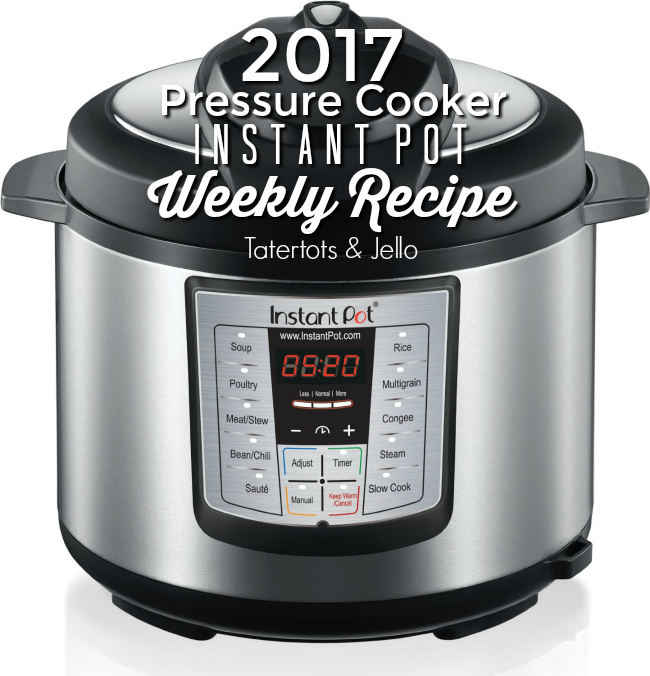 So for 2017 I am going back to the way I used to blog with weekly themes and one of the new themes is a Pressure Cooker Recipe every week! 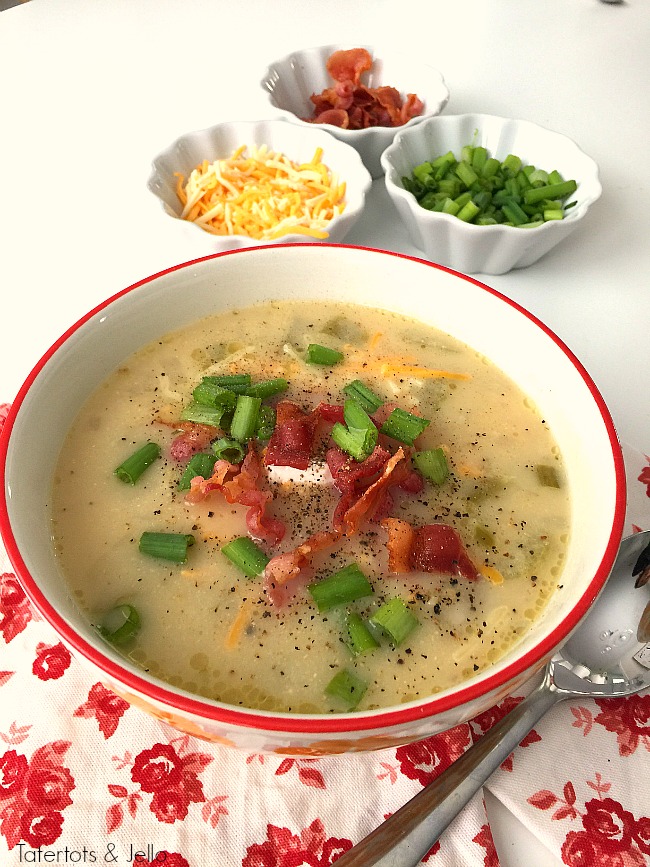 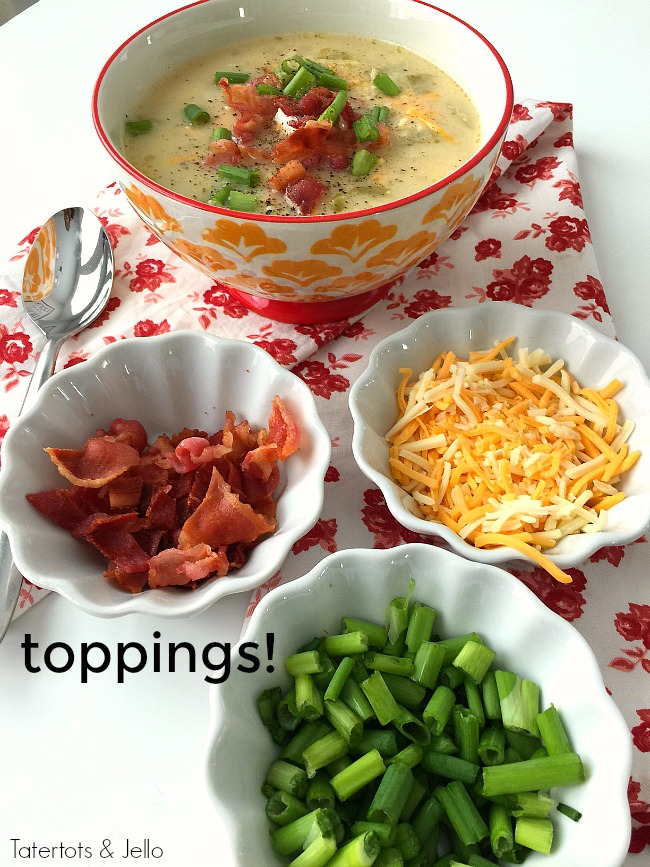 We love potatoes at my house. They are so comforting and perfect for winter. So break out your pressure cooker Instant Pots and give this one a try! One of the things I love most about Baked Potato Soup is you can load it up with all kinds of toppings — bacon, sour cream, chives, ham, chicken, you name it! And it’s mainly vegetarian, unless you add meat as a topping, so it works for most families! 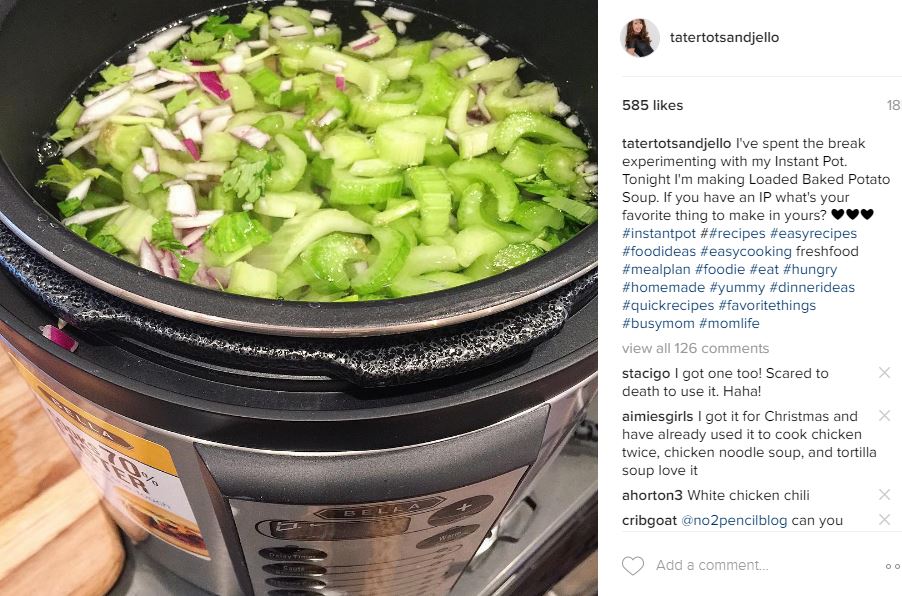 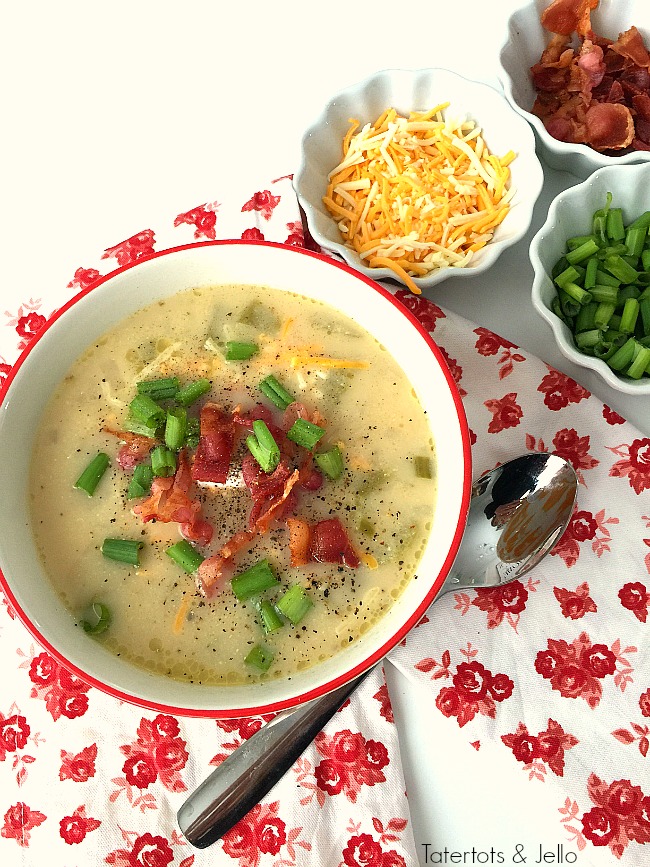 And if you’re looking for another yummy Loaded Potato Instant Pot Soup – be sure to check this out from Amy at Living Locurto!!

Do you have a pressure cooker or Instant Pot?

I asked on my Instagram page and got SO many Instant Pot dinner ideas!

I am excited about this new weekly recipe here at Tatertots & Jello!

Have a Yummy Day! 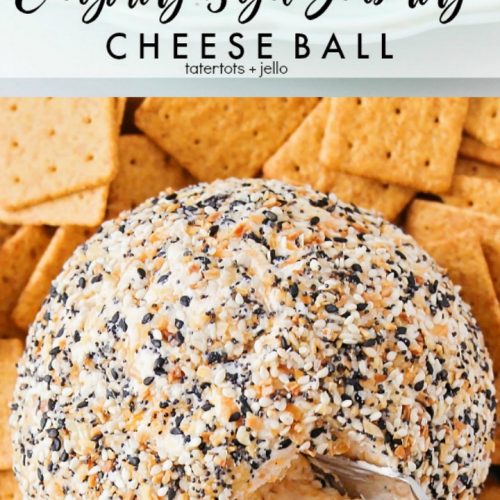 Everything Bagel Seasoning Cheese Ball Recipe – perfect for the holidays! 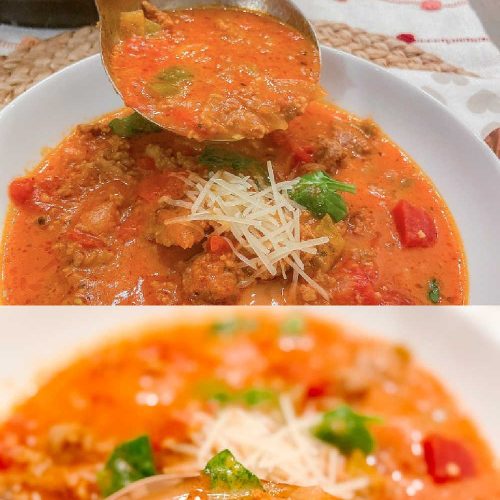 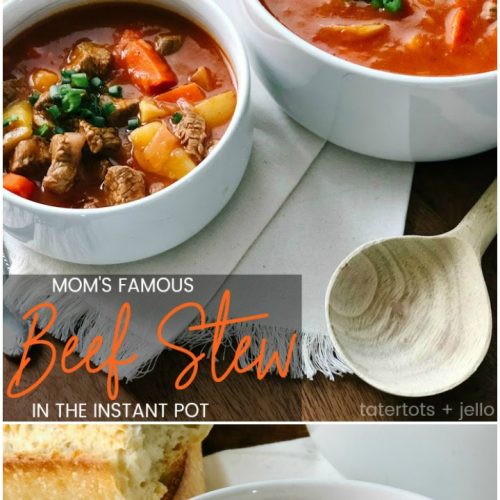