I have been a bit obsessed with ANYTHING nautical lately. 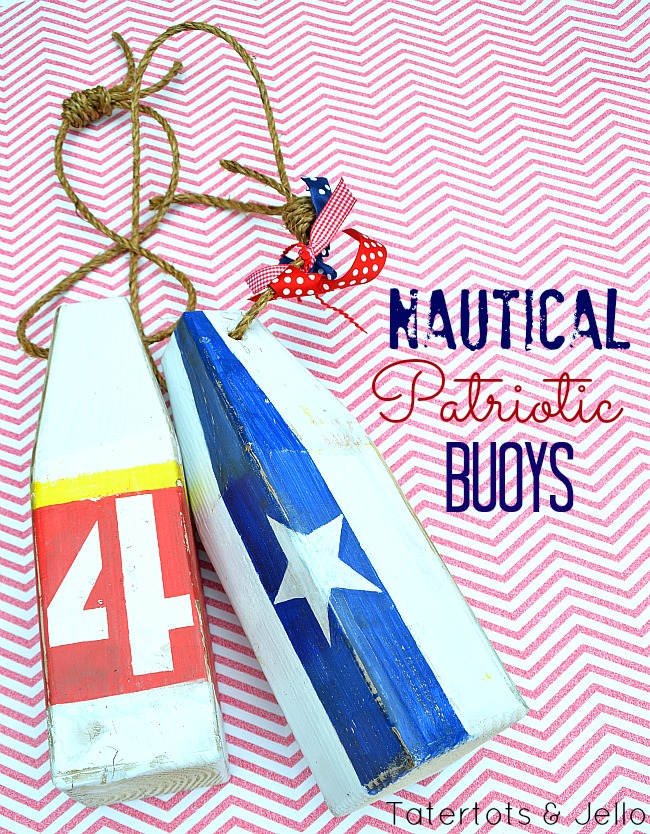 It’s so bright and cheerful-looking. 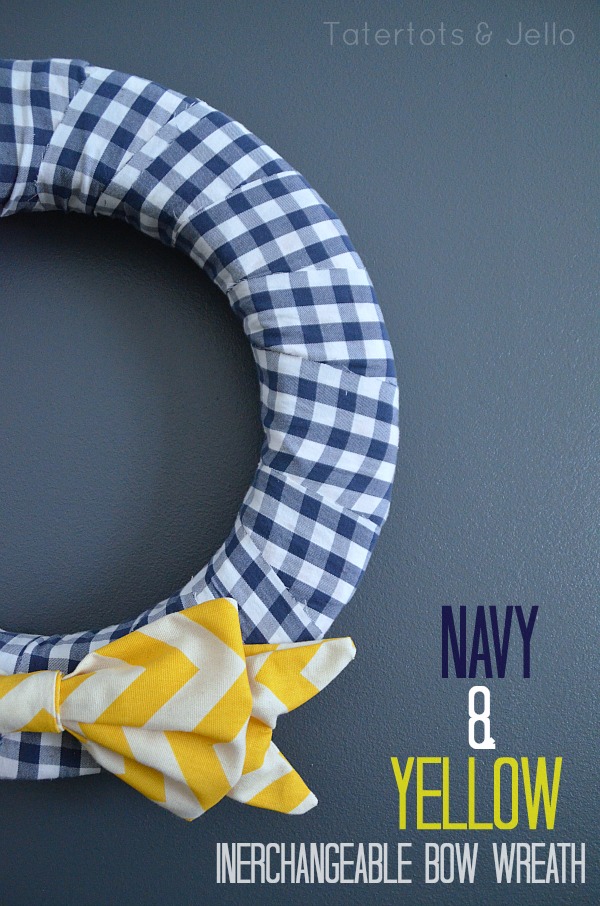 I made a Navy and Yellow Wreath. 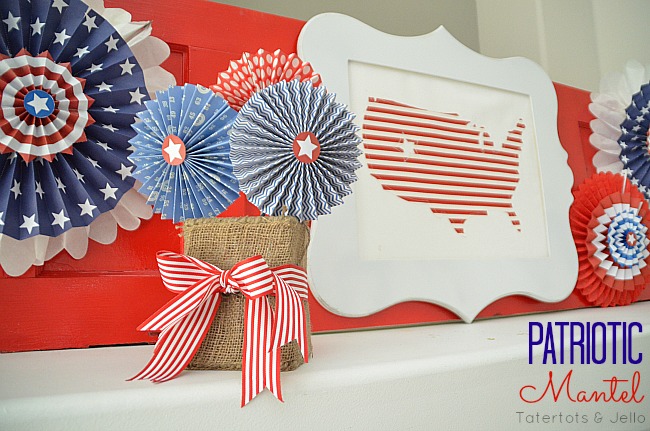 A Nautical Fourth of July Mantel. 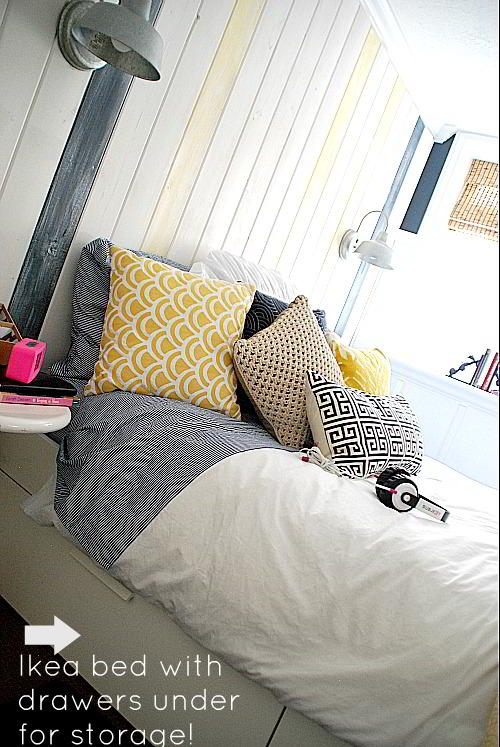 And recreated a dark basement bedroom into a Bright Nautical Teen Bedroom.

I thought it would be fun to make some decorative buoys – which seem SO nautical. 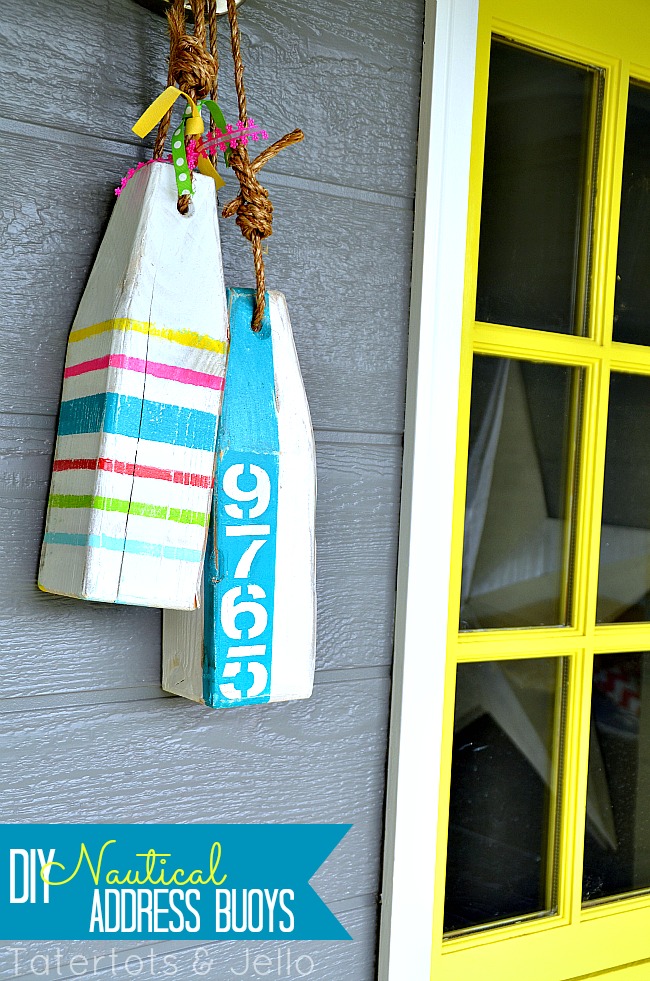 It also turns out – the buoys are easier to make than you’d think! 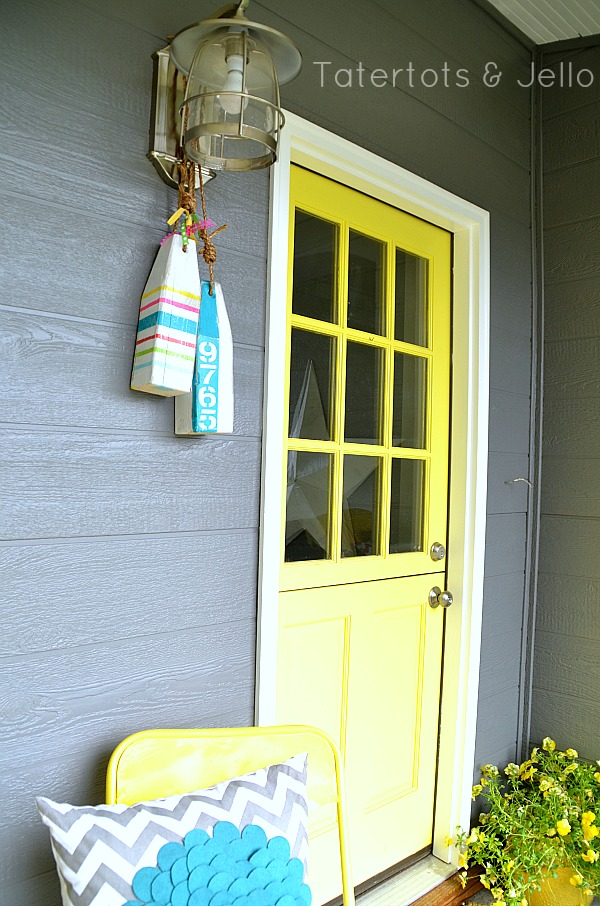 Once you get the one-foot lengths home, you’ll want to follow these directions to shape the rectangular pieces into a buoy shape. 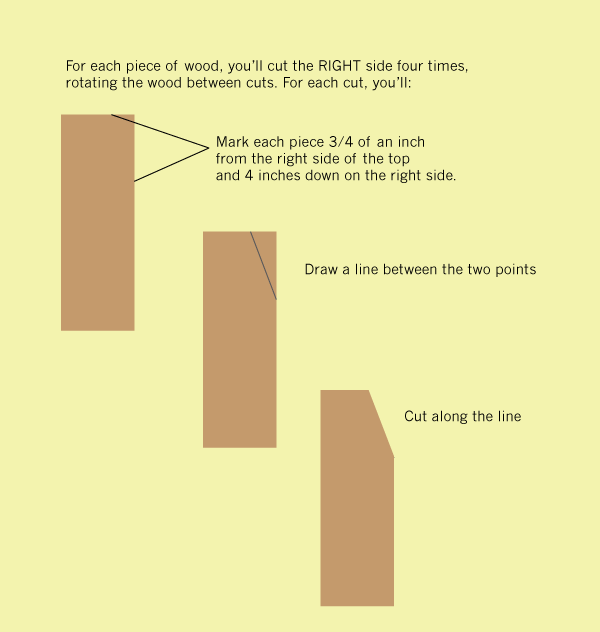 Now to finish the boards we just needed to drill holes for the ropes. My father-in-law drilled the holes with his handy-dandy drill press. You could use a power drill as well; it will just take more effort. We drilled the main hole at 3/8 inch to accommodate a 1/4 inch rope. We also chamfered, which means tapered, the holes on each side with a slightly larger hole to add some authenticity. (On a real buoy the chamfering would keep the rope from chafing and wearing along the edge of the hole.) 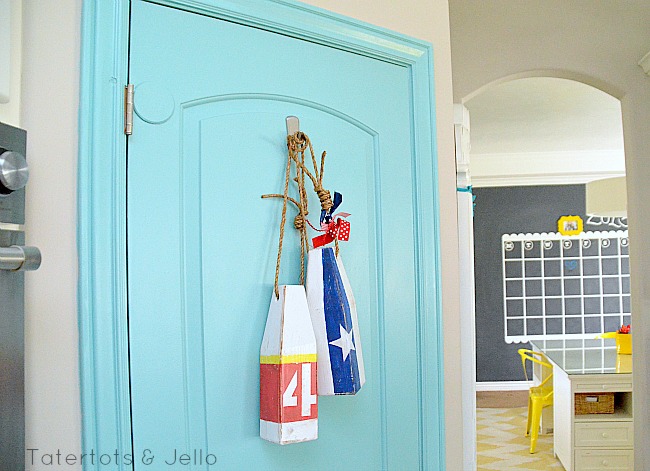 I used my Silhouette to cut out vinyl to use as a stencil for the numbers and stars. It was so easy. And I used painter’s taope to tape off the areas to paint. After painting the areas, I sanded them down, added some dye to make them look old and threw them around a little to give them character. 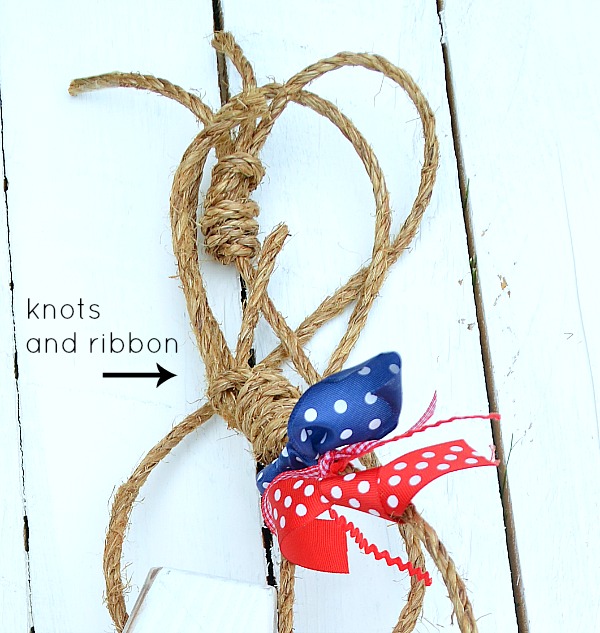 The last thing I did was added some rope from Home Depot and strung it through the holes of each buoy and tied the ends in a big knot. I added a few colorful ribbons too because I love color!! 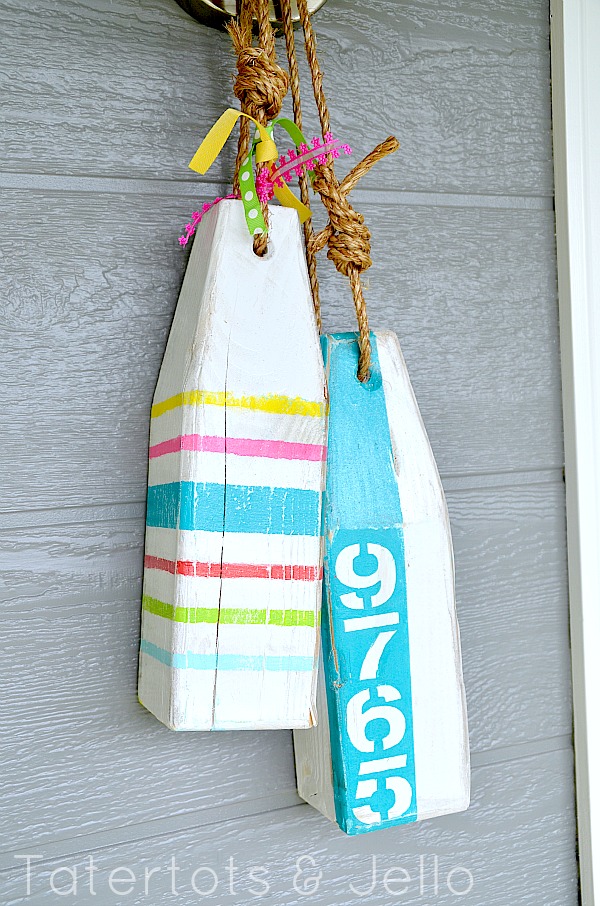 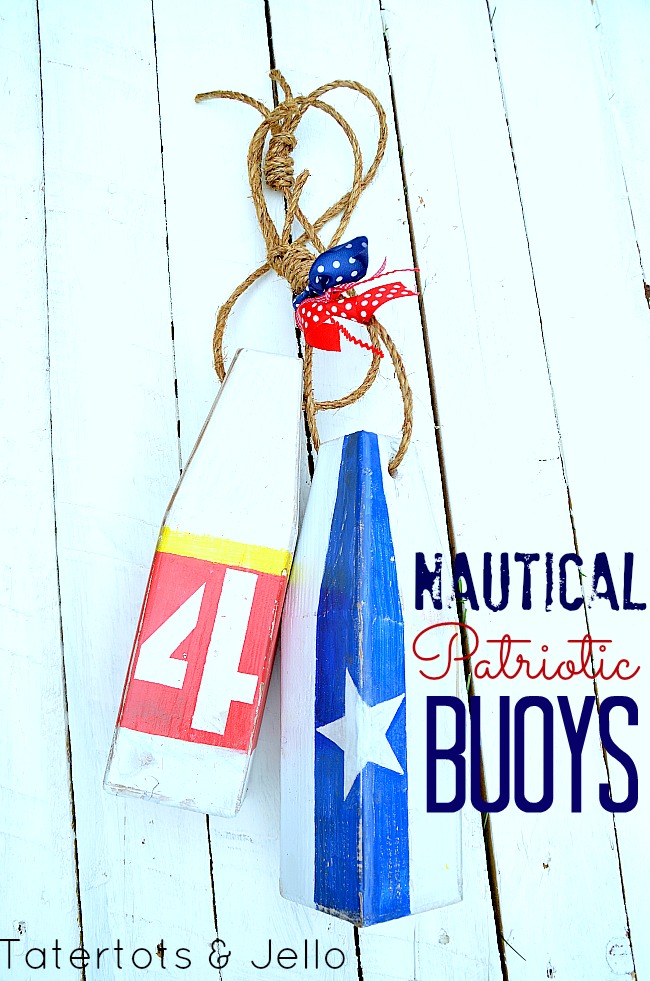 There are so many color possibilities — here’s a picture of some real buoys from FishTownCottage: 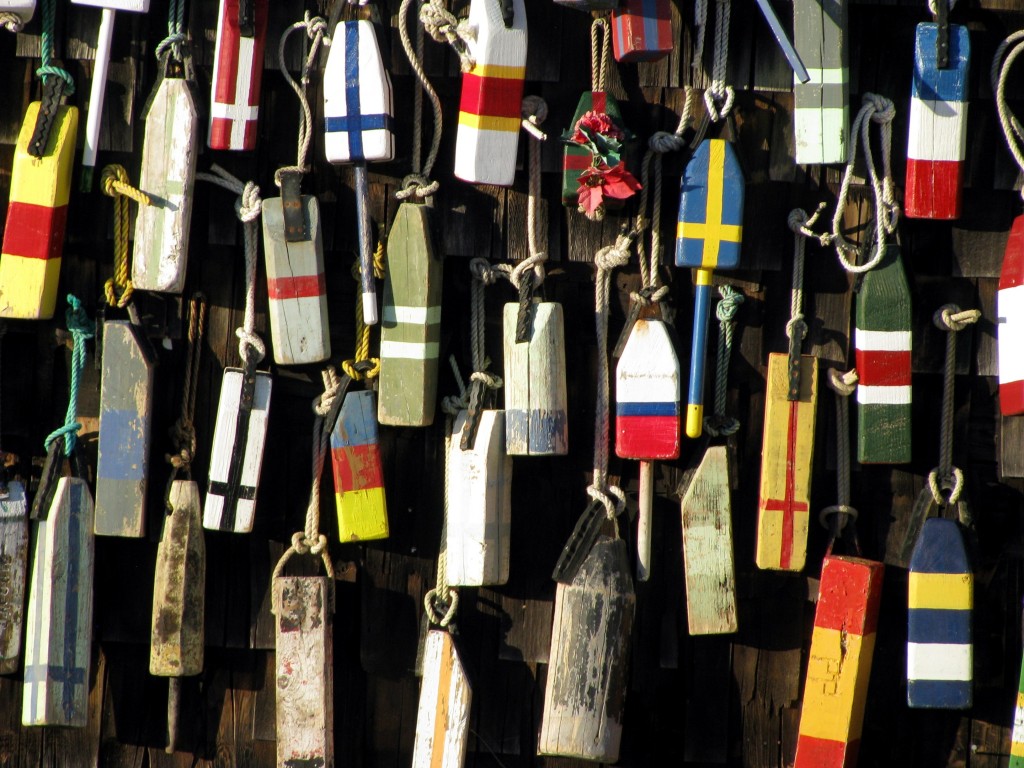 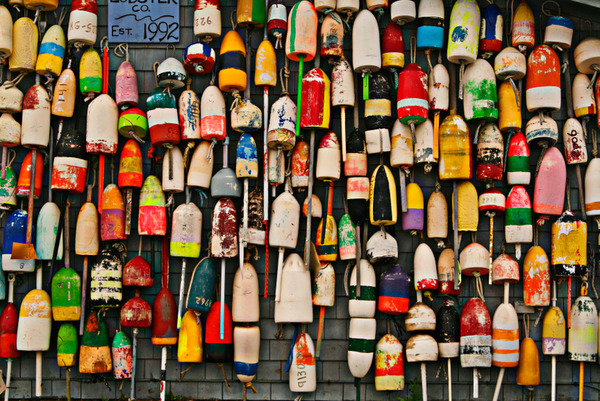 Have YOU gotten the Spring Decorating BUG? 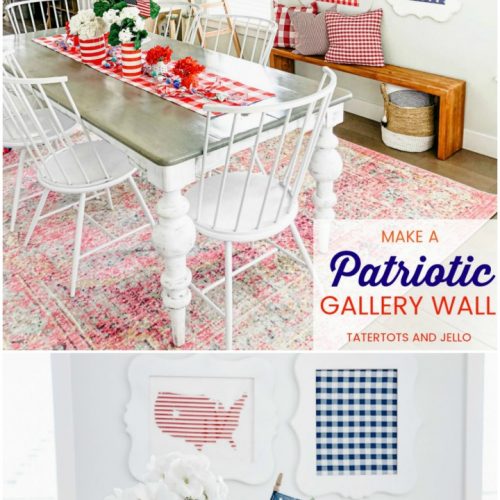 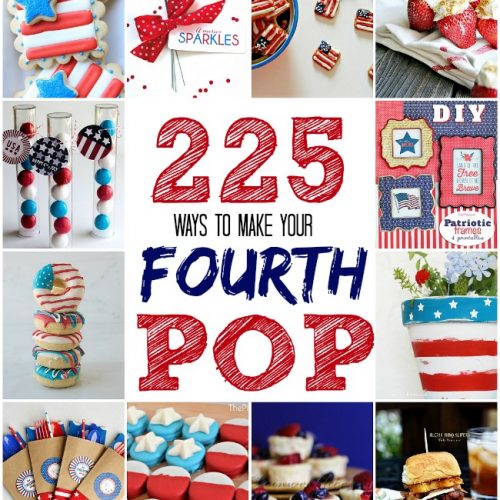 225 Ways to Make Your Fourth of July POP! 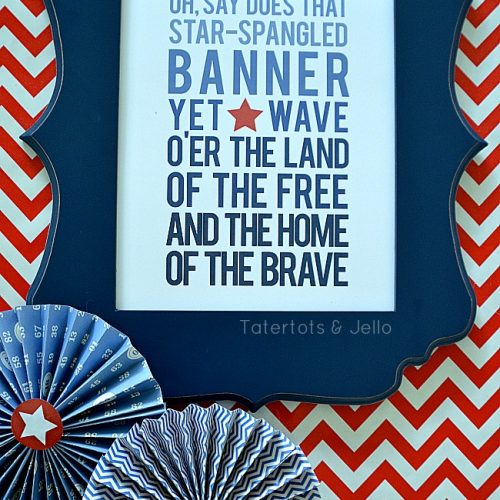